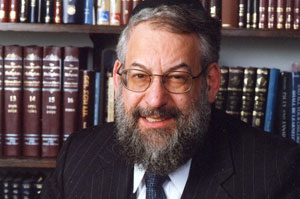 An illustrated lecture on the contents, context, and significance of the Dead Sea Scrolls. Written during a turbulent time of great upheaval and conflict, the Dead Sea Scrolls shed light on much of what was the Second Temple era. Gain insight into the bitter rivalry of two Jewish groups —the Pharisees and the Sadducees—as well as the Pharisaic legacy that shaped the rabbinic tradition and the Talmud.

The Bar Kokhba Revolt (132-135 CE) marked the Jewish people’s valiant last stand in ancient times to maintain political independence on their own land. Explore modern-day discoveries made in the Judean desert that have contributed greatly to scholars’ understanding of the revolt. See extensive illustrations and photos, and a new picture emerging of Bar Kokhba and the failed revolt that he led.

The Chasidic movement arose as one of Judaism’s responses to modernity. Chasidism sought to intensify traditional Jewish observance, placing greater emphasis on mystical spirituality, enthusiasm, and community. Trace the rise and development of Chasidism in Europe, its move to North America and Israel, and its influence on Judaism. Explore the particular contributions made by Chabad and its role as a mystical movement that focused on outreach.

Lawrence H. Schiffman, PhD The years of Hellenistic, Roman, and Byzantine rule in Judea and of Sassanian rule in Babylonia were years of great…

In this lecture, Professor Schiffman, a leading scholar of the Dead Sea Scrolls analyzes the origins of the texts. After surveying the contribution of the Scrolls, he compares the Jewish legal position of the authors of the scrolls to that of the Pharisees and early Christians demonstrating how early Christianity deviated from the fundamental beliefs of Judaism and why it was rejected by Jews and accepted only by Greco-Roman non-Jews.