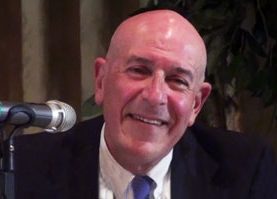 Stanley R. Chesler is a United States District Judge for the District of New Jersey. Judge Chesler was nominated to his seat by President George W. Bush on January 23, 2002, to a seat vacated by Judge Anne E. Thompson and was confirmed by the U.S. Senate on November 14, 2002. Judge Chesler received his commission on December 4, 2002 and was sworn in thereafter. Judge Chesler graduated from Harpur College, now Binghamton University, in 1968 and St. John's University School of Law in 1974. He was an assistant district attorney in The Bronx from 1974–80, a federal prosecutor at the U.S. Attorney's Office for the District of New Jersey from 1980–87, and a United States Magistrate Judge in New Jersey from 1987 until his appointment as a District Judge.