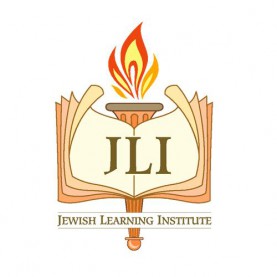 Founded in 1998, JLI's flagship program continues to operate in over 350 locations worldwide offering three accredited courses per year on an array of topics including Jewish ethics, Jewish mysticism and philosophy, Jewish history and culture, and Jewish belief and practice. JLI's courses are accredited for continuing legal and medical education and all courses offer CEU credits.

This video was produced for Lesson 6 of Survival of a Nation, a course by the Rohr Jewish Learning Institute.

This video was produced for Lesson 5 of Survival of a Nation, a course by the Rohr Jewish Learning Institute.

A chronicle of Israel’s June 1967 military actions on three fronts, against the synchronized forces of Egypt, Jordan, and Syria.

This video was produced for Lesson 4 of Survival of a Nation, a course by the Rohr Jewish Learning Institute.

Israel’s 1967 battles to rescue Jerusalem from Jordanian assault, and the ensuing reunification of Jerusalem.

As Arab armies mobilized along its borders, Israel faced immense international pressure not to launch a preemptive strike. She ignored these warnings and struck first. What are the ethics of preemptive strikes? What weight should be given to political considerations—as opposed to purely security/military concerns—in rendering such decisions? And how do these deliberations apply to the host of mortal threats that Israel faces today?

Lesson One:
People of the Land: The Jewish Claim to Israel

The 1967 conflict resulted from the argument, espoused by Egypt’s Abdel Nasser and most leaders in the Arab world, that Israel’s existence was illegitimate, having been founded on stolen Arab territory. What is Israel’s response to this argument? What is her right to exist as a Jewish state in the heart of the Middle East? And what is the justification for associating Judaism—an ethereal religion of beliefs and ideas—with a specific territory?

With a victory of biblical proportions, Israel triples in size and rewrites the geography and politics of the Middle East in just six brief days of warfare in June 1967.

This video was produced for Lesson 5 of Survival of a Nation, a course by the Rohr Jewish Learning Institute.